Return of the Victory Garden 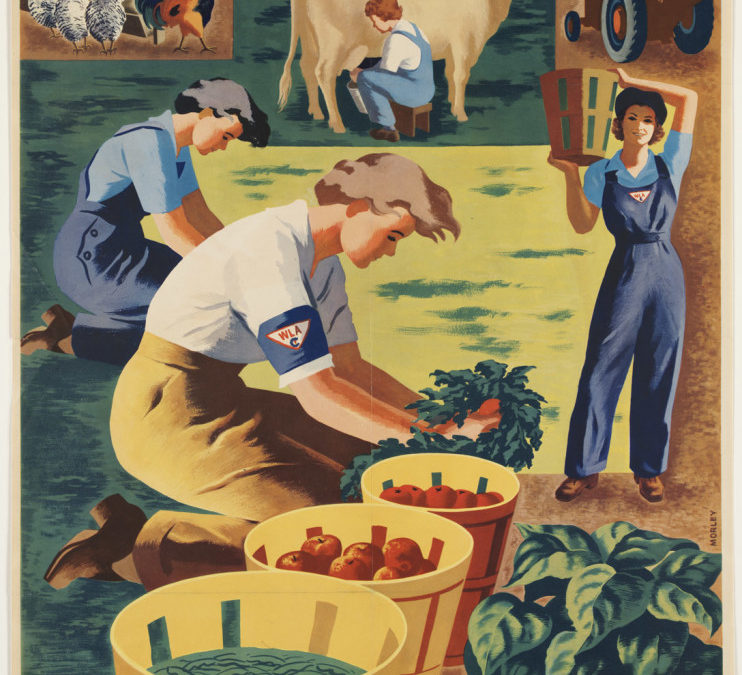 Return of the Victory Garden

The Victory Garden movement of WWI & II, and The Great Depression encouraged nearly 20 million Americans to plant fruits and vegetables in backyard gardens, empty lots, on roof tops, in neighborhood parks, and on other public land including 800 gardens in the Golden Gate Park in San Francisco.  Also called war gardens, these food spaces were promoted because of necessary food rationing, to reduce strain on the short-handed labor and transport industries, and to promote patriotism and boost low public morale.  The American government encouraged citizens to plant, including USDA distribution of gardening booklets and videos.  Neighbors pooled resources, planted different crops, formed coops, and made it happen.  The result?  During WWII alone, 9,000,000 – 10,000,000 short tons of produce were grown in urban spaces, equaling then-current commercial production of fresh veggies!  Good job local organic urban America!!! 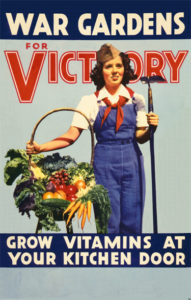 As I began to read about victory gardens, I was thrilled to find the above statistics.  Brent and I began talking about how the concept of The Victory Garden applies today.  What has changed?  What still rings true?  I continued to read, and one tidbit of info stuck out like a sore thumb. Here it is… “Although at first the Department of Agriculture objected to Eleanor Roosevelt‘s institution of a victory garden on the White House grounds, fearing that such a movement would hurt the food industry…”  What?!  Wait a minute!  Morale is soaring!  People are empowered!  In a matter of a couple of years, “average citizens” are producing the same amount of fresh vegetables as commercial farming!  It seems like a no brainer!  Why did we ever STOP doing this?  Why are we where we are today when it comes to food, health, and gardening? 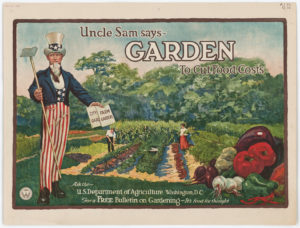 uncle sam in victory garden with vegetables and herbs

I have a lot of smart friends.  I hear many of them talking about things like US poverty, inflation, big agriculture, big food, and big pharma buying out our politicians, the high cost of healthy food vs the low cost of junk food, and the even higher cost of healthcare and prescription drugs, and while I don’t tend to go on political rants (yuck), I do know how to connect the dots. So I’ve decided the modern Urban Victory Garden just may be the solution to a huge portion of our political, social, and environmental woes!  What’d she say??!!  You heard me. How? 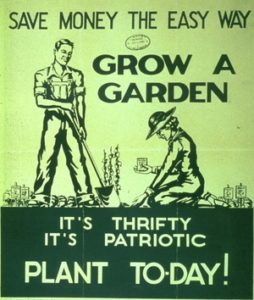 Just google “big ag big pharma”, and you’ll find more reading than you want on the fact that our government gives subsidies to big commodity (corn and soy) producers while withholding the same funding for fruit and veggie farmers (making unhealthy foods cheap and healthy foods expensive), allows large food corporations to pump out these cheap, high calorie/low nutrient foods with merciless advertising often aimed at children, and then also caters to the pharmeceutical and health insurance giants who happen to reap the greatest benefit from a nation in which 75% of it’s citizens are overweight (a condition linked closely to diseases like diabetes, cancer, and heart disease and CAUSED by the inferior food being sold).  There it is in one sentence.  Need I say more? (And please, all you grammar geeks, give me a free pass on this one!)

look at all those veggies!

And if the problem lies at the core of our political and economic system, what can we do?  Plant a veggie bed, and if you have some spunk, plant one in your front yard.  Why?  Because it’s the very best way to not only stick it to “the man” (who is this man??), but it’s ground zero for taking the power back as well.  Grow only the best, save your money, eat it fresher than ever, get your kids away from the tv and teach them the right way to eat for great health, recover from your chronic illnesses, feel the amazing “alive and enlightened” feeling of clean eating, and Go Be Well.  Is it that easy to change the world?  I really do think so.

We’re ready to help you “take the power back” and plant your New Urban Victory Garden. There are many ways to grow your own food. Here in Miami, South Florida, raised bed gardens are very popular as the soil is very rocky. Others want to rid themselves of the high maintenance that comes with grass by installing an edible landscape, or edible forest, a permaculture approach to landscaping. Give Landscape Designer Brent Knoll a call today at 3054965155 to help you get started growing your own food. 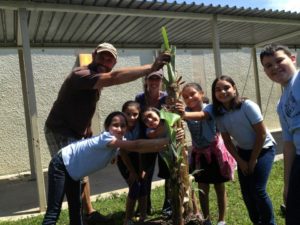 Brent Knoll and Sarah Reimer with the kids